A brief look into the life in Rio de Janeiro and it’s relation to the 2016 Olympics. 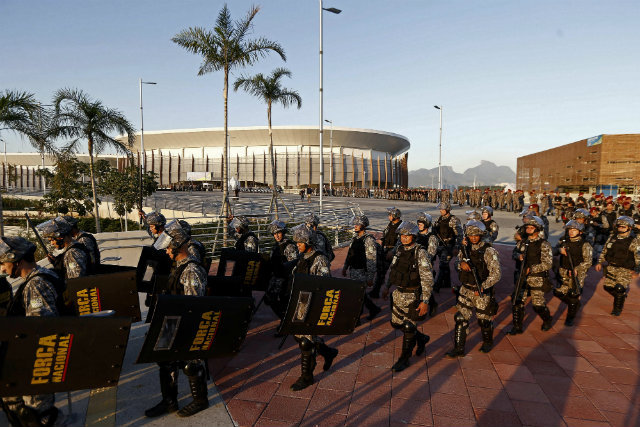 ‘Welcome to Hell’ is how many were greeted when landing in Rio de Janeiro for the 2016 Olympics earlier this month. Now, if that’s not terrifying, I don’t know what is. Months leading into the world-wide competition hinted that Rio was going through an economic crisis. The cost of last year’s World Cup, in addition to the construction of more stadiums for the Olympics, has put a strain on its community.

Here’s what we see versus what is actually going on just outside of the stadiums:

It’s not like people are walking in blind into Rio. It was publicly known that natives in Rio de Janeiro were protesting the Olympics, leading to the boycott of many police officers before the event. Yes, Brazil has brought in officers to keep the athletes and tourists safe as a temporary solution- but how has that held up? 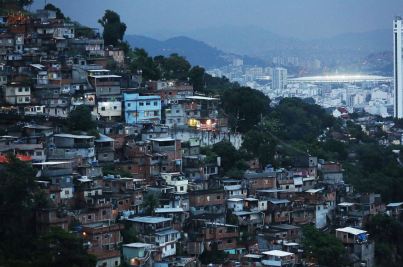 Quick background, as soon as it was announced that Rio would host the World Cup and the Olympics, the government quickly acted on pushing the poor into favelas; urban ghettos, where there is little to no police supervision. These favelas are far enough from where gold medals are being distributed, but still just a few kilometers away from the glamour.

Currently, many cities in Brazil are going through the same severe poverty Rio is going through. The only difference here is that most of the world has their eyes set on the Olympics, forcing the city into a negative spotlight. Unfortunately this isn’t something that has come about in the recent months, but something that has been going on for years. Yet, not much has been done by the government to change or resolve the problem. It seems almost as if the government has accepted the issue and is just settling.

Due to the severe poverty in Rio, there are women selling their bodies and kids pickpocketing tourists just footsteps away from Maracana Stadium. People are doing this because there aren’t jobs that will pay them, coercing them to do what it takes to survive. Not sure if I missed that in the news, but all I have been hearing is how the city is beautiful, safe, and fun. 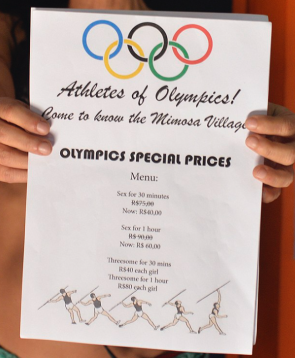 Honestly this doesn’t come to my surprise, but it’s not what has really shocked me so far. What really has shocked me is how the International Olympic Committee (IOC), the people who chose Rio as the host city, are coming off. They appear to be more worried about looking foolish in the decision they’ve made in choosing Rio de Janeiro.

Throughout the Olympic games the IOC has overlooked and ignored many incidents in where people have been mugged, robbed, or just merely had their life threatened. However, it got to the point in where they could no longer ignore the real-life crime happening right in front of their faces. Now obviously there have been many crime related instances throughout the games, but what has been making headlines as of late is Ryan Lochte’s incident on Sunday.

In case you missed it,12-time Olympic Gold medalist Ryan Lochte reported that he had allegedly been robbed at gunpoint with three other US swimmers. Lochte goes on social media to break the news and instantly the news goes viral.  Now here is my issue. Any organization would have an initial reaction of trying to get ahold of the situation and get to the bottom of it. However, the IOC’s reaction was to shut down the claim and deny it happened immediately. Now it appeared as if they were trying to hide and bury the news as if nothing had happened, but since Lochte is a world-wide name it was hard to have the news disappear. Who knows what the truth in this story is, but Brazilian officials are determined to find out the truth. This case is currently under investigation and on Wednesday the Brazilian court ordered to seize Lochte’s passport along with the three other athletes he was with that night (USA Today).  Now if the Brazilian officials actually did this in-depth investigation for other crimes, things might not be so bad in Brazil.

This is just a very tiny glimpse and a quick overview of what is going on down in Brazil. So what happens after the games are over and done with? The only places with protection seem to be around the events. Currently every event is being heavily guarded, and even locals have reported that this is the safest Rio has been… at least around Olympic Park (NY Times). Like I said this is just the tip of the iceberg and you can read about Rio’s crime problem for hours and even read into the corruption in IOC’s decision. But that’s another article for another time.

Let me know your thoughts as this discussion isn’t close to being done.

Daisy Rivadeneira is a contributing editor for YourSitch.com