It’s Friday night and you’ve had what seems like the longest week of your life. Your boss can’t and won’t stop micromanaging you. Brad, the new intern, won’t stop saying “Cash Me Ousside HowBaDah”. And you get a call from your roommate who tells you your dog must’ve eaten some of the leftover Chipotle because he just took the weirdest looking number two on your brand new carpet. To say the least, you need to relieve some stress.

You’ve been going to the gym pretty frequently for the past couple of months and you’re starting to like what you see. Your stomach is starting to look less like a keg and more like a six pack, your arms are looking pretty defined and you can even run a mile without having to wear your grandmother’s life alert necklace. Things are looking pretty good. That is until you feel your phone vibrate and it’s your old high school buddy. He’s in town and wants to hit up the bar with you so you can get “wavy baby”. But before you call your trusty Uber driver and put on that lucky shirt that you swear gets you all the ladies, you might want to think twice about your night of tequila shots and Jägerbombs and start considering how it will affect your days of Power Smoothies and Protein drinks.

Most of us have probably experienced or at least witnessed the road to dehydration. You or one of your friends probably started out with the intention of just having a drink or two, when suddenly that one Drake song you know all the lyrics to starts playing and the cute girl at reception from work that you’ve been dying to get to know walks in. Next thing you know, you’re seven cranberry and vodkas deep, talking to the girl of your dreams, and shamelessly singing and dancing to Beyonce’s Single Ladies. Needless to say, you’re having a ball, but what happens the day after? 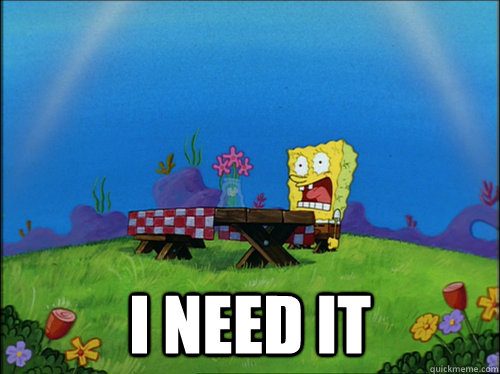 After that night of drinking, we know what naturally occurs to most of us: Hangover. According to the Washington Post, most of what causes the headache and fatigue that you experience in a hangover is alcohol’s most active ingredient, Ethanol. “It suppresses the hormone that helps your body retain water, meaning that for every ounce of alcohol you consume, you’ll have to pee eight times that amount. That will leave you dehydrated,” says Rachel Feltman and Sarah Kaplan.

Unfortunately for us gym heads, whether you’re a 240 lb power lifter or a 120 lb 18-year old girl trying to tone up for the summer, that dehydration is no bueno for your muscles. Your muscles need to be constantly lubricated to stay limber and avoid injury. Not to mention that nice pump that you notice by the time you finish your workout is affected by your level of hydration. Your muscles are about 75% water, so that pump along with all of that hard work you put in is all going down the toilet, literally.

This next fact is less common knowledge and a little more sciencey, but to put it in simpler terms, Protein Synthesis is the point in your body when protein is utilized to be integrated into your cells which in short means it’s one the biggest factors in building muscle. You’ve probably heard someone at some point say that it’s best to drink a protein shake or take in protein-based food after a workout.This is not just to reward yourself for the blood, sweat and tears you just put in. It’s because protein synthesis takes the protein you take in during the day and uses it to build you some good ol’ fashion muscle. Protein synthesis is imperative for muscle growth and naturally occurs in your body up to 24 hours after training. However, once alcohol is ingested into the body, your body’s natural ability to implement protein synthesis weakens for the time that you’re inebriated, therefore making it that much harder for you to build muscle. Not the most ideal situation for all of you aspiring Greek gods and goddesses out there. 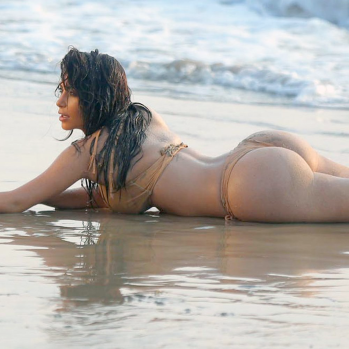 You probably remember talking about these terms during your Sex-Ed classes in junior high school. You know, when your teacher tried to explain the difference between men and women, but you were too busy snickering at the diagram of boobs on the next page. Well aside from being the definitive hormones that make men hairy and give women boobies, testosterone is a key player in building muscle, while estrogen plays a role in retaining fat.

Men and women both have testosterone and estrogen, however men naturally have more testosterone while women have more estrogen. Studies show that the consumption of alcohol temporarily lowers the amount of testosterone in your body and raises estrogen levels by up to 20%. This means your ability to build larger or more toned biceps could be hindered while the susceptibility of your stomach looking like Homer Simpson’s is enhanced. This is something that applies to men and women, however women seem to suffer less from the whole “Beer Belly Syndrome” and are more prone to their breasts being enlarged from the extra added estrogen. No, this doesn’t mean you can substitute a $3,000 breast implant for a few nights of binge drinking. Studies have shown that alcoholism can increase the risk of breast cancer in women, so be mindful.

This next one probably doesn’t come as much of a surprise to anyone. After a few hours at the bar, most of us usually run into a craving that our culture has generally accepted as being called, “The Munchies”. As glorious as it may feel for some of us to inhale 4 double cheeseburgers and a milkshake after a night of drinking, it’s safe to say that you probably won’t feel the same the next morning when you step on the scale.

Turns out that after a long night of drinking not only are your social inhibitions almost nonexistent, but your appetite’s inhibitions have gone down as well. Not only this, but your body is actually using alcohol as it’s primary source of energy. This means that instead of your body using carbohydrates from real food, it’s using alcohol which is giving your real carbs time to be converted into fat. That being said, while being inebriated, try not to down 3 Big Macs in one sitting. Although it may seem like a good idea at the time, for someone who’s trying to look like a lean, mean workout machine, this is probably not the best option.

The problem with calories from alcohol is that opposed to the calories you’re getting from regular beverages like juice or tea, alcohol doesn’t have any nutritional value and depending on the drink it can come loaded with a ridiculous amount of calories. Just one Long Island Ice Tea alone can contain 780 calories.  Moreover, that’s not 780 calories of good ol’ fashion vitamins, minerals or protein. This is 780 calories of virtually nothing. This is where the term “empty calories” comes from. To avoid this trap you could always just avoid beer and mixed drinks and take your liquor straight like a champ, however, you’re still at the mercy of all the other demons I mentioned earlier.

Every now and then, you might find yourself in a dilemma where you have to decide to drink or not drink. You don’t want to put your new-found muscle gains at risk, but on the other hand, you’ve also been practicing the “JuJu On That Beat” dance in the mirror for the past two weeks and what better time to show off your new moves than during a night of beers and bad decisions. What do you do? Drink the night away or cry yourself to sleep hoping it’ll be all worth it when you confidently embark on your beach trips to Miami during the summer?

My personal mantra is take everything in moderation. You’ve probably heard this before, but honestly it goes a long way. You don’t want to lose your progress with your fitness goals, but you also don’t want to be the guy or girl that’s sitting out every Friday night because you don’t want to be haunted by the temptation of over-indulging on drinks and bad food. The beauty of it all is you don’t necessarily have to be completely torn between your love for gains and your tendency to have a couple drinks to unwind.

The key in it all is to be mindful of the amount and the frequency of how much you indulge. Studies have shown, the average man can have up to two drinks per day and still not suffer any dire consequences, while most women can have up to one. While that may sound boring to some of you party animals out there, it doesn’t mean your days of going past one or two drinks are as good as over. If you’re mindful about your frequency of heavy drinking and you make sure you do things such as keeping yourself properly hydrated and staying away from the high calorie drinks and foods, you should be able to ease the impact of your indulgence.

So get out there; call the Uber driver and get “wavy”. Just try not to over do it all. You’ve worked hard for your body ,and if you’re anything like me, you prefer seeing Homer Simpson on your TV screen, not in your mirror.

Jeremy Keitt is a contributer for YourSitch.com