Week 6 came down to the wire and ultimately a tiebreaker decided the outcome:

After a one-week hiatus, the Front 4 team is back and our guest, Carlos, is a guest no more. After solid performances, Carlos has been asked to provide his NFL predictions for the rest of the season.

Quite a few teams have byes this week, but that doesn’t mean there’s no drama from the teams taking the field. The Cowboys and Eagles battle for 1st place. The Browns look for their first victory. There’s also a battle between Matt Ryan and Aaron Rodgers. Take a look at how the Front 4 team sees things playing out and let us know if you agree with their predictions.

Will the Eagles or Cowboys Win on Sunday Night Football?

The Cowboys have been on a tear lately and that worries me. This is usually the time that they mess things up. They’re at home against a division rival on national television. If this really is a different Cowboys team then they’ll come out and take care of business. The biggest match up in this game will be the Cowboys’ offensive line against the Eagles’ defensive line. Whoever wins in the trenches will probably come away with the victory.

The Eagles defense has been fantastic so far but you could make the case that Ezekiel Elliott is the best running back they’ve faced so far and there is no debating the Cowboys’ O-line will be the best they’ve encountered. Add that to the fact that it’s in Dallas and I’ll give the slight edge to Cowboys.

Quarterbacks Dak Prescott and Carson Wentz are fighting for bragging rights and the rivalry between Philly and Dallas is always great. The Cowboys will come out on top in a close game.

Even though the Bills won’t shut out Tom Brady, I think the Bills prove their legitness by hanging tough with the Pats and keeping it a relatively close game through to the end. As for the Seahawks, I think they’ll be able to get their offense on track against a terrible Saints defense, but Drew Brees will still be able to put up points whether it be early touchdowns or late garbage-time touchdowns.

The Bills won’t shut out the Patriots again but picking any defense to do well in the Superdome is something I try and avoid.

The Seahawks are ranked third in the league in defense. They have held teams to 14 points per game and just 1800 yards total. The Bills defense, which sould be much better, has been just average this year as they are ranked 21st in the league. They are holding teams to just 18 points per game, but that won’t be good enough against the Patriots’ great offense that is top 5 in the NFL.

How Many AFC West Teams Will Finish Week 8 with 2 Losses?

All three teams are capable of winning and will be the favorites, but each team could walk away losers as well. The Chargers already beat the Broncos this season and the Chiefs have a tough game against the Andrew Luck. The Raiders have been lights out on the road and I think they have the best shot at getting a victory.

I am very sure all three of these teams will win this week which means it won’t happen so I’ll say two of the three win this week. The Broncos will stifle the Chargers and then either the Raiders or Chiefs will lose a game they should win.

The top three teams in the AFC West will all finish week 8 with only two losses on their record.

Which City Scores the Most Points/Runs? 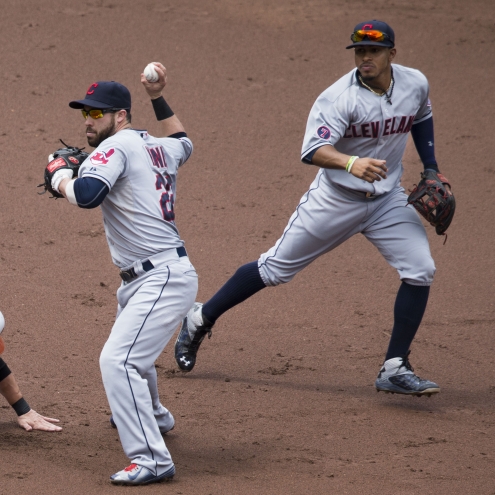 The Cubs are facing elimination in Game 5 and are playing their last game at Wrigley this season no matter what. I think that lights a fire under them and finally wakes up their offense. It ultimately could be the difference because I don’t see the Browns or the Bears scoring much at all. Look for the Cubs to put up a 7 spot and give Chi-town the win.

One of these baseball teams might actually outscore their respective football teams. The Jets defense hasn’t been elite this year, but the Vikings defense has. The Browns are very, very bad but I don’t expect the Bears to do anything on offense this week against one of the best defenses in the league.

The Bears offense has been awful, only averaging 15 points per game which is the worst in the league. Yes, the Browns have been bad, but they are averaging more points per game at 18. I have faith in the Indians’ pitching because they have been great in the postseason and I think that continues Sunday as they limit the Cubs.

Will Ezekiel Elliott or David Johnson Rush for More Yards?

Elliott has been running rampid all over NFL defenses in 2016. The Eagles are fully aware of that and I think they attempt to slow him down and make Dak beat them through the air. Elliott will still have a solid game, but I think David Johnson eclipses the 100-yard mark again and rushes for more yards against a suspect Panthers defense.

Both running backs have rushed for over 100 yards in their past few games, but the Cowboys will be more dependent on the run to get the win this week so the edge goes to Zeke.

Elliott is averaging 117 yards per game compared to Johnson’s 97. Also, Carolina’s defense against the run hasn’t been there biggest problem. Their problem is allowing teams to score too many points per game. They are 29th in the league with 29 points allowed per game. The Eagles, on the other hand, have an average defense against the run and Elliott can expose it during the game.

Who Throws for More Yards in the Packers/Falcons Game?

I’m going with Rodgers because of the Falcons backfield. Devonta Freeman and Tevin Coleman have been studs for Atlanta and should get plenty of touches. The Packers have so many banged up running backs and Rodgers will be forced to throw early and often to keep Green Bay in the game.

On top of having the better name, Matt Ryan has looked like an MVP-type player this year while Rodgers hasn’t really looked in sync with his offense all season. Also in Ryan’s favor is the fact that Green Bay’s strong run defense will mean more play calls for the Atlanta signal caller.

Matt Ryan will throw for more yards simply because he has been better than Rodgers this season. Rodgers is having a season we aren’t used to seeing. He has spoiled us with amazing football and even though 16 touchdowns and 4 interceptions is good enough for most quarterbacks, people expect more from Rodgers. Matt Ryan is arguably having the best season of his career and I can see that continuing the rest of the way.

Who Has More Tackles in the Lions/Texans Game?

Both these men were in the top 3 in tackles heading into Week 8. I’m going with McKinney to record more tackles because I think the Texans defense will be on the field longer due to their mediocre offense. Whitehead won’t get many chances for tackles in this one.

To be honest I looked up which one was ranked higher in the IDP fantasy rankings this week and went with him. Come on McKinney!

Tahir Whitehead will have more tackles in the Lions/Texans game because Houston’s offense isn’t great and the defense as a whole will be able to jump all over them. Even though Detroit’s defense hasn’t been lights out, I like the matchup and see them having a good defensive game.

How Many AFC Teams Will Finish Week 8 with a 4-4 Record?

Most of these games could go either way, but I’m going to take a chance and say that five out of the six teams will either fall to 4-4 or jump to 4-4. The Bengals and Chargers need a win to give their playoff chances a real boost. I think they both get it done to improve to 4-4.

Four teams will finish 4-4 in the AFC and my guesses are the Bills, Bengals, Texans and Titans. The Patriots will exact revenge on the Bills for the shutout in week 4. The Bengals will win an ugly game in London against a Josh Norman-less Redskins. Jim Bob Cooter will have the Lions’ offense rolling on all cylinders against the Texans and the Titans will run all over the Jaguars in another boring Thursday night game.

I think the Bills and the Texans lose to take a step back and fall to 4-4. However, I think the Titans get a clutch victory on Thursday Night Football to improve to 4-4.

How Many Interceptions Will Be Thrown in the Jets/Browns Game?

Fitz has only thrown one pick in his last three games. The Browns have thrown seven interceptions in their first seven games so they’ll be good for at least one interception. It doesn’t matter if it’s Josh McCown, Cody Kessler or Kevin Hogan at QB. You can throw Terrelle Pryor in the mix too. I’ll take a total of 2 interceptions in this one from any combo of Browns quarterbacks. 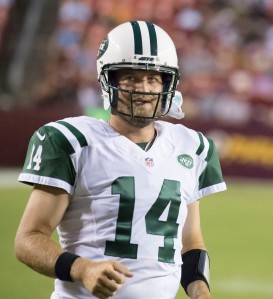 The line on this game is only -3, which gives you a pretty good idea of how bad the Jets’ season has gotten. They are barely favored against a team that has the potential to end the season winless. The Browns will probably see this as one of their best chances to pick up a W and will come out hungry, while the Jets will take advantage of whoever the Browns put at QB. I would not recommend watching this game.

This game will not be pretty, but the Jets will come out on top. Both teams are in the top 10 on the interception list and the Jets are number 1 so expect a lot of balls to be thrown to the wrong uniform.

Will AJ Green or Jordan Reed Have More Catches in the Redskins/Bengals Game? 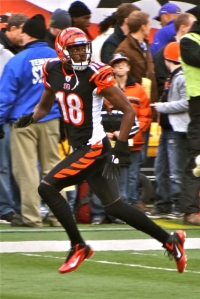 Reed is questionable to play, but if he gets on the field this could get interesting. I’ll stick with Green though because, I mean, did you see that Hail Mary catch against the Browns last week? Sheesh!

AJ Green is just a beast. I can’t pick against him. It will be close, but Green comes out on top.

Tiebreaker: Which Team Will Score the Least Amount of Points This Week?

Do you agree with our predictions? Let us know in the comments!